Windows 10 is available since a week ago and, if you have a reasonably recent computer, you can upgrade this computer for free. But will the Yoctopuce modules still work after the upgrade? The answer is yes! But the real question is: why?

Each time a new version of Windows is released, the same questions come back again: Will my XX graphic card be supported? How do I make XXXX work with Windows XX? When will the Windows XX drivers be available? And so on... All these questions have one thing in common: the drivers.

The drivers, what are they?


A driver is a small piece of software allowing Windows to communicate with a peripheral device (a printer, a graphic card, etc). A driver transforms the Windows commands into instructions that the device can understand. For example, the video driver transforms the DirectX commands into instructions that are spported by the Graphics Processing Unit (GPU).

A driver provides the link between the OS and the device

Each device requires a driver in order to work under Windows. This system enables manufacturers to build their devices as they wish, as long as they provide compatible drivers. This also enables Microsoft to delegate the long and expensive development of the driver to the manufacturer.

The difficulty of this solution is that each version of Windows is slightly different. Therefore, a Windows 7 driver does not necessarily work with Windows 10. It's for this reason that manufacturers provide numerous versions of their drivers.

This incompatibility can become very problematic if the manufacturer went bankrupt or if it decided to stop supporting the said device anymore. Generally, it's in the best interest of manufacturers to anticipate the issue and to provide a driver for each new Windows version. But at each release of a new Windows version, many devices are never supported anymore. 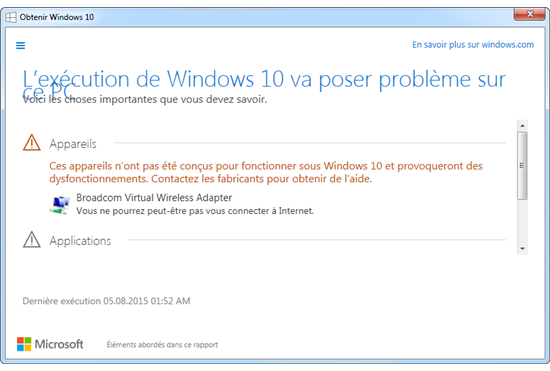 
Yoctopuce modules don't need drivers to work, you only need to connect them and they immediately work. In this way, we avoid all the above mentioned issues.

The trick is to use a standard protocol which must necessarily be implemented into all the OSes: the USB HID protocol. HID stands for "Human Interface Device", that is keyboards and mouses.

When creating the USB protocol, manufacturers and developers worked together to elaborate a standard for input devices (keyboard and mouse). This standard describes very precisely how a USB mouse and keyboard must work. On top of specifying how to transmit classic events (pressing a key, moving the mouse), the protocol also specifies how to transmit arbitrary data. It's this latest specificity that we are using. To make it simple, a Yoctopuce module is in fact a keyboard without keys :-)


Without surprise, Yoctopuce modules work under Windows 10. As long as USB keyboards and mouses are used, you are assured that our modules work on the main OSes.