We talked about it for years, here it is at long last! The YoctoHub-GSM enables you to drive Yoctopuce modules in the middle of nowhere... as long as "nowhere" is not too far away from a GSM tower. But let's not spoil our fun and let's have a closer look... 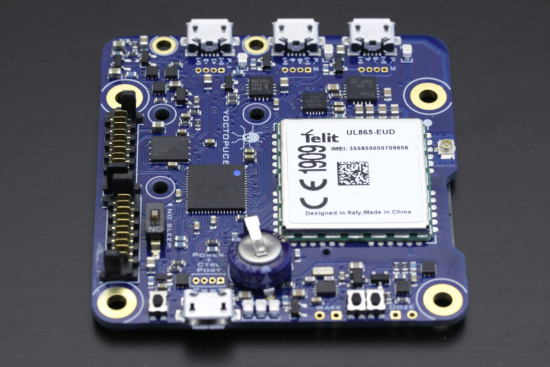 The YoctoHub-GSM hub enables you to interface Yoctopuce modules through a GSM network. Basically, it's the equivalent of a YoctoHub-Wireless but using the GSM network instead of Wifi network. This post describes the YoctoHub-GSM in general, but there are in fact three versions available:

The 3G version is somewhat faster but, in most cases, this won't have a great impact on the performances of the Yoctopuce installations based on these hubs. However, in some countries, dismantling of the 2G network is already planned. Therefore, it's important that you are well informed on the 2G and 3G coverage and its continuity in your area before you select one version or the other.

The three YoctoHub-GSM versions: 2G, 3G-EU, and 3G-NA; the difference is located in the modem. 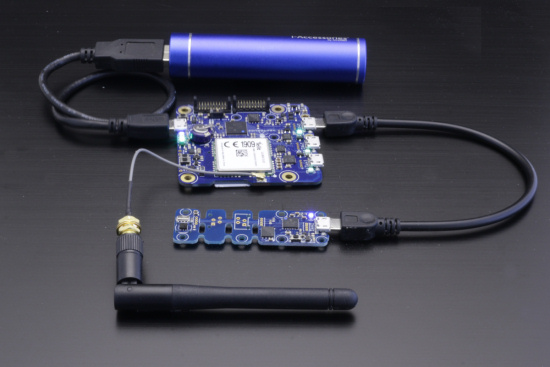 Automated systems installed in the middle of nowhere are now yours!


What you must know

The YoctoHub-GSM is the technical equivalent of a YoctoHub-Wireless for the GSM network. But a GSM network is far from being the equivalent of a Wifi network. The main difference resides at the level of addressing. Phone companies never assign public IP addresses to the terminals they manage, so to speak. Each terminal is located behind a type of NAT preventing it to be directly contacted from the outside. In plain text, a smart phone can access Internet, but it cannot be contacted directly from Internet, at least not with a standard subscription. The mechanism is similar to that of the NAT filter preventing anyone from directly accessing the machines you have at home. But here you can't even add a port redirection on the router. This limitations applies to the YoctoHub-GSM as well: with a standard mobile phone subscription, you are not likely to be able to directly contact a YoctoHub-GSM from your home computer.

Usually, the companies limit direct access from Internet to their terminals

Nevertheless, some mobile phone companies offer special subscriptions including a VPN with direct access to a fleet of terminals. With this type of subscription, you can directly contact the YoctoHub-GSM as if it were a simple YoctoHub-Ethernet or YoctoHub-Wireless connected to your local network. But you must be aware that this type of subscription is usually reserved for large infrastructures, which puts them out of reach of private individuals. If you want to ask more details to your favorite phone company, the magic word to obtain the right person is: M2M for machine-to-machine.

Despite this, even if you can't afford a direct access to your YoctoHub-GSM, you can still use it. The YoctoHub-GSM has the same callback system as the other Yoctopuce hubs. Thus, it can automatically post values from its sensors on several cloud services, such as Emoncms, Valarm, ThingSpeak, and so on. But above all, the callback API, enabling a PHP, Java or node.js server to drive the hub remotely, is also available.

The YoctoHub-GSM is an important component of the Yoctopuce ecosystem. You can now finally put automatic measuring systems in faraway locations, but also in vehicles: car, truck, ship, and so on...


Have you considered using something like the SIGFOX network in a device. Regards,
Seamus

@seamus: according to Wikipedia, SIGFOX messages are 12 bytes long only and a device cannot send more than 140 messages per DAY... Clearly, 1.5KB / day is way to low for a generic device like our hubs.

@mdaigle61 Yes, except that we had only a very few pieces in stock initially, and they are currently sold out. We expect to have the North-America version available again in the first weeks of March.