It was pointed out to us that we didn't have an infrared temperature sensor in our module range. Not to worry, this week we present our brand new Yocto-Temperature-IR. Follow the guide.


The Yocto-Temperature-IR is a classic single-width Yoctopuce module, it is 51mm long, it is based on the MELEXIS MLX90614-DCA infrared sensor, and it can measure temperatures from -70° to 380°C. The DCx is the most accurate version of the MLX90614 range, its accuracy varies between ±0.2°C and ±4°C, depending on the temperature of the object to be measured and the surrounding temperature. You can find a graph in the documentation showing all the possible combinations. 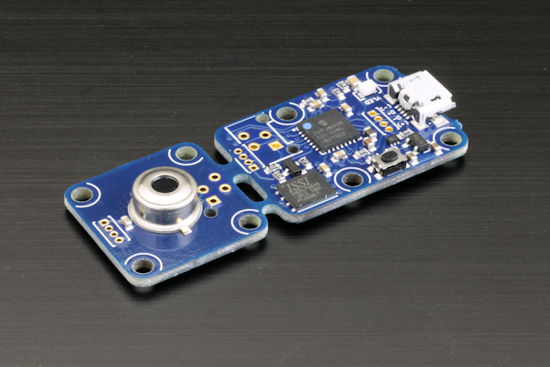 Like many Yoctopuce sensors, the Yocto-Temperature-IR is divisible: you can split it into two parts to have on the one hand the USB part, and on the other hand the sensor part. You then only need to rewire the whole and to thus obtain a remote sensor easy to fit in cramped spaces. 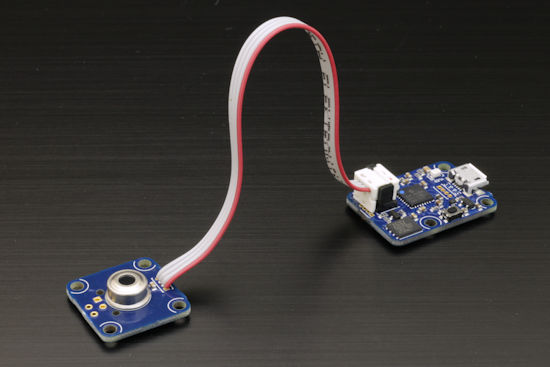 
But it doesn't stop here, the Yocto-Temperature-IR has an additional trick up its sleeve. You can connect additional sensors: the module can manage up to 10 MLX90614 sensors, you only need to wire them in a bus. Naturally, some software tweaking is necessary to configure the whole, but everything is explained in details in the documentation. 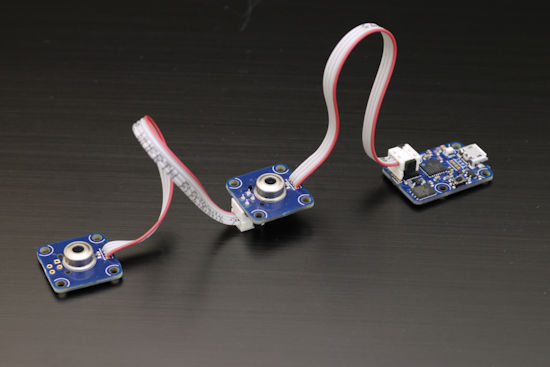 
However, Yoctopuce doesn't intend to provide these additional sensors. You have the choice between:


We could summarized this by saying that the Yocto-Temperature-IR is a thermal camera with a resolution of 1x1 pixel.

The Yocto-Temperature-IR completes the range of Yoctopuce temperature sensors. Its first function is naturally to measure temperatures without contact, but given its sensitivity in the range corresponding to body temperature, we think that one could use it as a presence detector. We must perform a few experiments, and if it works, we'll probably write another post on the topic.