You have perhaps noticed that, for some time already, it hasn't been possible to order the Yocto-Demo anymore. The Yocto-Demo was conceived as a marketing experiment designed to discover potential customers and to allow them to discover us. We thought that you'd be interested in knowing the first results of this experiment.

At the time we started Yoctopuce, when the first Yocto-modules were only not pretty prototypes and our API only a concept, we needed an idea which would allow us to convince our future customers that we weren't just fantasizing when we stated that our products would be incredibly simple to use and to program, and more generally to make us known. 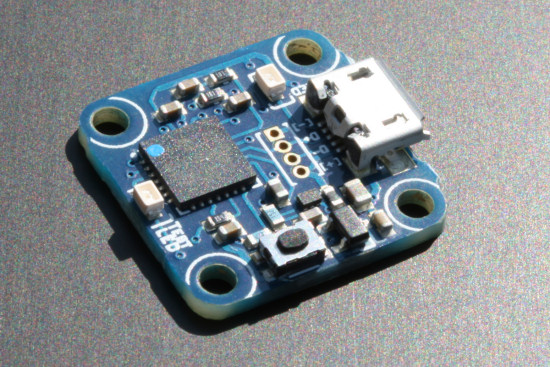 The Yocto-Demo, object of desire.


We had the idea to produce and distribute demonstration modules, free of charge, based on the same architecture as our regular modules, but as useless as possible to prevent them from competing with our other modules, as we were to distribute them at a loss. Therefore, Yocto-Demo modules are equipped with a processor which is identical to those of our other modules, largely over-sized for what is asked of it, that is, turn a simple led on and off. For the record, the first name of the Yocto-Demo was Yocto-POC, as is Proof Of Concept.


Internally, we had long talks to decide whether we should give these modules for free or simply sell them at their cost price. We finally decided that they should be free for several reasons:

On the one hand, giving them for free made the concept more convincing, somewhat like: "I give you your first dose, because I know you'll be hooked and that you'll come back to buy many more" :-)

On the other hand, if we had decided to sell them, even at a low cost, we would have been legally bound to make everything possible for the deliveries to reach destination, therefore using delivery modes much more expensive than a simple letter. This would have diminished the interest of the Yocto-Demo compared to regular modules.

As soon as the first Yocto-Demo were ready, we started to distribute them, without limitation. Everything happened more or less as planned: people started ordering them, some people then placed true orders. Gradually, the number of visitors on our web site increased... and people started talking about Yoctopuce on the web.

The Yocto-Demo modules are produced by boards of 60.

A blog article speaking very highly of Yoctopuce (Thanks, Max :-)) appeared on a Russian site, and very quickly the number of requests for the Yocto-Demo increased. Everything was as planned, joy and happiness filled the Yoctopuce premises. It's soon afterwards that the dark side of the force started to show. Posts appeared indicating the existence of the Yocto-Demo on forums specialized in the hunt for free components commercial samples. The number of requests for the Yocto-Demo literally exploded, forcing us to establish quotas to prevent our stock from disappearing too fast.

Surfing on those forums, we realized that a large portion of the people who had ordered a Yocto-Demo did so only because it was free, without really understanding that its use was only to demonstrate how easy our API is to use. Some even ordered the Yocto-Demo only to retrieve its electronic components. Nevertheless, the good side of the force went on to do its job more or less: other people actually tested the module and, to our surprise, even spent time to create interesting demos, such as on the video below:

Concurrently, we noticed that many serious people skipped the Yocto-Demo step and simply ordered a regular module, tested it quietly at home, and then came back to order others.

Evaluation of the first round of Yocto-Demo distribution: As a hand-out module to make us known, it worked. As a test product with the goal to later buy more useful products, it worked so so. But, on the whole, we are happy.

As the first batch of Yocto-Demo that we had planned to distribute is exhausted, we had to suspend distribution of the Yocto-Demo for now. We'll produce some more in a while, but to make sure that they benefit a large variety of potential customers, we won't announce when they are available.

We are sorry for the people who wanted to try the Yocto-Demo and didn't succeed to get one. If you really miss it, why don't you buy a not too expensive module, such as a Yocto-Light or a Yocto-PowerRelay? The investment is minimal and, in any case, it will be much more useful than a Yocto-Demo...