After a few years of good and loyal service, it is now time to offer an update for the YoctoHub-Wireless-g. The reason for the advent of this YoctoHub-Wireless-n is not linked to performances, as the 802.11g standard already offers a good enough flow rate to use Yoctopuce modules. It's rather to ensure you compatibility with the widest possible range of existing infrastructures that we offer this new module, which will soon replace previous versions.


The new YoctoHub-Wireless-n support standards 802.11b, 802.11g, and 802.11n, in the 2.4GHz band. It can thus transparently replace a YoctoHub-Wireless or a YoctoHub-Wireless-g, but it can also work in a purely 802.11n environment. This enables you to use it with the new Wifi 6 (802.11ax) routers, as this standard plans for compatibility with 802.11n, but not with previous versions. 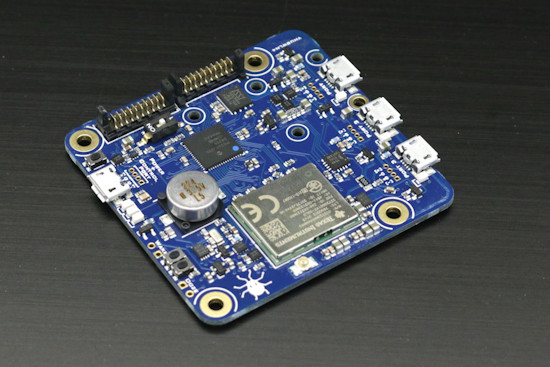 
Naturally, neither the programming interface, not the use, nor the physical dimensions of the YoctoHub-Wireless-n change compared to its predecessors'.


Our experiments showed that when the Wifi signal is low, with the same antenna, the new YoctoHub-Wireless-n is still able to maintain the connection in circumstances where the YoctoHub-Wireless-g looses it. Sensitivity is thus improved.

Moreover, the new Wifi module makes a better use of the power supply, by systematically lowering power consumption between each data transmission. The average consumption of the hub itself is thus reduced by at least 25%, and even more is some cases.


Rather than offering a "short range" version of the new hub, as we did it with the YoctoHub-Wireless-SR, we now offer as an option on our shop under the name UFL-Wlan-Antenna a small self-adhesive internal PCB antenna which you can connect to the YoctoHub-Wireless-n and which enables you to use it without an antenna sticking out of the enclosure. Despite its small size, this antenna offers a gain similar to those of external antennas. It is however rather directional: reception is optimal on a line perpendicular to the PCB. Therefore, fix it on the appropriate side of your enclosure, and you'll have a discreet wireless connectivity. 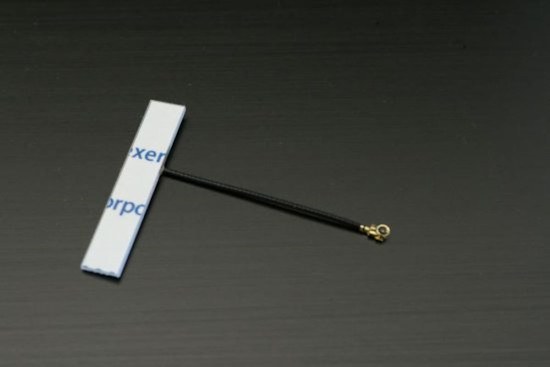