This week, we announce the Micro-USB-Hub-V2. It's a new USB 2.0 hub. It is fully compatible with the first version, it is better, and it even costs a little bit less :-) 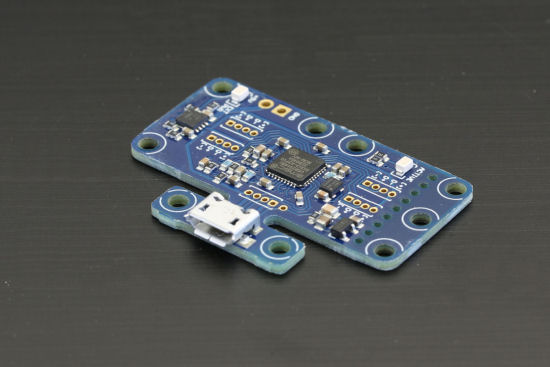 Why a new version?

The first Micro-USB-Hub was based on a GL850G chip by Genesis, a Chinese company. Originally, we selected this component because it was the most commonly used: if you buy three cheap USB hubs at the nearest store, most likely at least two of them are based on one or several GL850G. 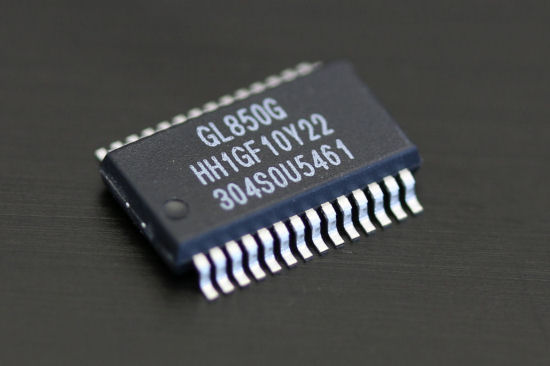 The Genesis GL850G, inside almost all available hubs


However, we had some issues with the GL850G. We couldn't find a European distributor who agreed to sell small quantities of the chip at a reasonable price. So we had to resign ourselves to buy the chips directly from China, from a different distributor each time, each time fearing to buy forgeries. Therefore we decided to base our new model on a USB2514Bi chip by SMSC/Microchip, much easier to find in Europe. 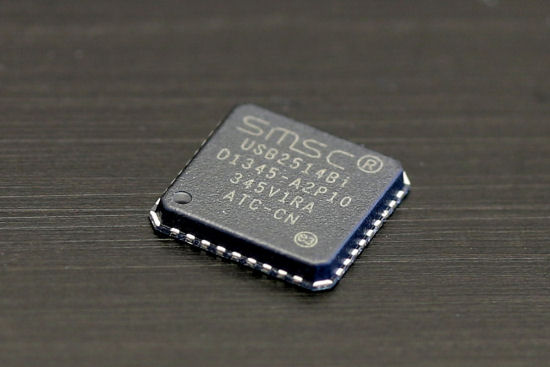 From a mechanical stand point, the new Micro-USB-Hub-V2 is fully compatible with the old Micro-USB-Hub: same dimensions, same shape, same fixation holes, same connectors at the same locations and in the same direction. 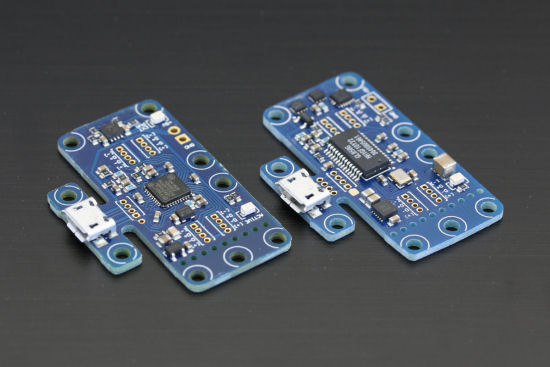 The two hubs are mechanically compatible


We slightly modified the meaning of the led. Instead of indicating whether the hub was powered, it now gives evidence of the hub activity: it lights up if at least one device is connected to the hub. If no device is detected, the led stays off and the hub continues sleeping. There is also an additional led indicating whether the hub works on the external power source rather than on the USB bus.

From the USB stand point, the main difference is the number of translators. In short, in a USB 2.0 hub, the translators must translate the data coming from the USB 1.1 down ports to the USB 2.0 standard before sending them on the up port. Most USB 2.0 hubs have only one translator for all the ports. This sometimes causes congestion issues when there are many "talkative" USB 1.1 devices connected at the same time.