YoctoHubs make it very easy to create DIY projects that are remotely controlled by a server. All you have to do is to provide a network connection and a power supply, a simple USB charger can do the trick. We recently asked ourselves the following question: all USB chargers are probably not equivalent in terms of efficiency, but up to what point?


The question deserves to be asked because usually an installation based on a YoctoHub powered on the mains is designed to work 24/7. We can imagine that it would be in our best interest to choose the most efficient power supply possible. And we can reasonably suppose that, in the USB charger world, there are some better than others. We so happen to have plenty of USB chargers, so we thought we'd do a little experiment. 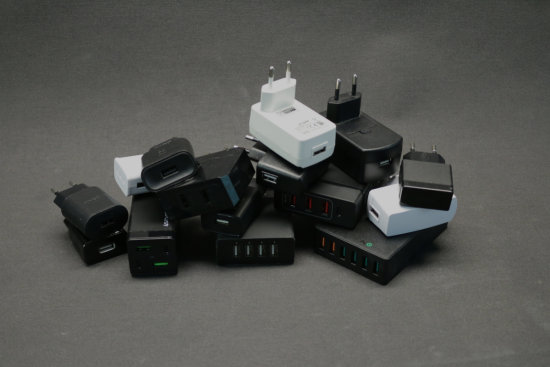 USB chargers, we have plenty of them at Yoctopuce

To find out, we connected a Yocto-PT100 to a YoctoHub-Wireless-n. The system draws approximately 160mA under 5V, so about 0.8W. We connected our power supplies one after the other and we measured the consumption on the mains with a Yocto-Watt. 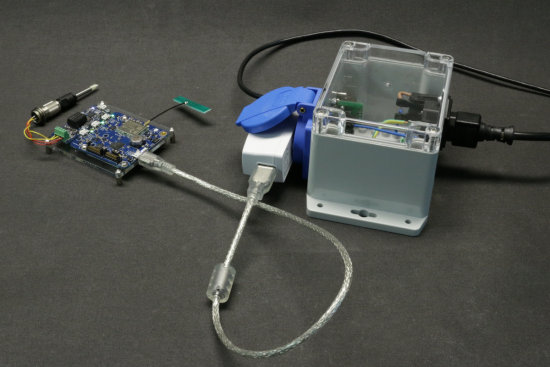 The said experiment: the Yocto-Watt is in the enclosure

The main disadvantage of USB chargers connected directly on a YoctoHub, it's that you can't configure the hub unless you disconnect it's power supply. So, while we were at it, we refined the experiment a little, and we built a proper enclosure including an AC/DC 5V TRACO POWER TIW 06-105 converter which powers the hub through a Mini-Battery-Supervisor. This type of compact system is much easier to manage but is the converter up to the task? 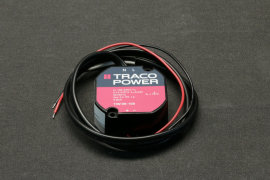 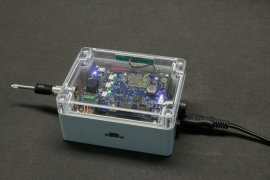 The all-in-one version with the embedded converter

For each power supply, we measured the average consumption while nothing was connected to it (standby) and then we connected the hub. The results are summarized in the table below:

Based on the numbers, there are two power supply types, that which can drastically reduce their own consumption when there is no load, and the others. These smart power supplies are all of the "phone charger" type which you connect directly in the wall socket.We suspect that this type of power supply is subjected to some legislation which forces them to minimize their own consumption when they are in standby. However, as you can connect them directly in a wall socket, they may encourage you to use long USB cables, which can raise voltage drop issues, especially if the load device is a bit greedy. For example, YoctoHub-GSM modules are sensitive to this phenomena because they can have up to 2A consumption peaks.

Multi-port power supplies, which are larger, consume on average 0.5W while empty and are about 50% less efficient. The TIW 06-105 converter is something of a disappointment, we were expecting better results.

The big winner is the BELKIN charger that we bought very recently and that you can probably order in a lot of places. 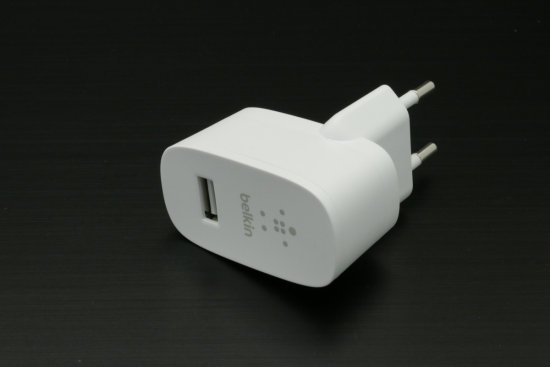 The Belkin WCA002vf charger is the winner

In light of this experiment, it seems more interesting to use a simple phone charger rather than a multi-port power supply to power a Yoctopuce experiment based on a YoctoHub-Wireless-n which doesn't consume much. This being said, from the cost of electricity standpoint, the difference is rather insignificant: over a year, the difference between the best and the worst power supplies represents less than 1 US dollar. However, if you don't like waste too much, avoiding to consume 4000Wh per year for nothing is always a good thing.