We often receive questions on the characteristics of our temperature sensors: their sampling rate, their accuracy, their adequacy for a particular scenario. We are going to give you a few hints to identify the sensor best suited for your needs. 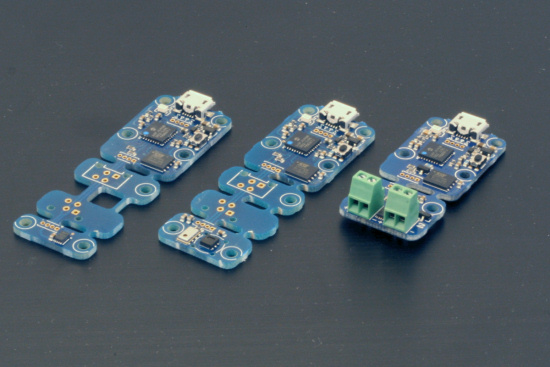 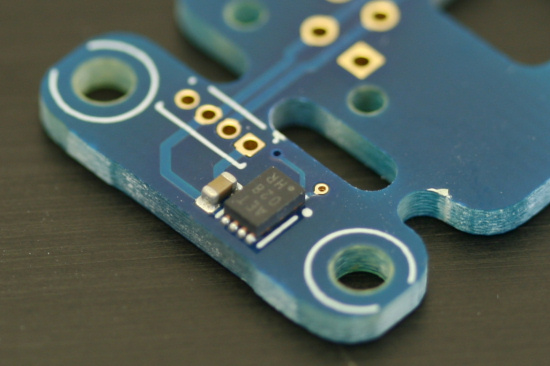 The MCP9804 sensor on the Yocto-Temperature


The Yocto-Meteo uses a Sensirion SHT21 sensor. It's a sensor dedicated to measuring the surrounding air, also including a humidity measure. The SHT21 is a chip containing a small opening allowing air to directly reach the sensitive areas of the sensor. In the opposite to the preceding, this sensor is therefore able to measure variations in the air temperature in a few seconds. You can equip this sensor with a small filter cap protecting if from a high humidity, but this obviously increases its thermal inertia. 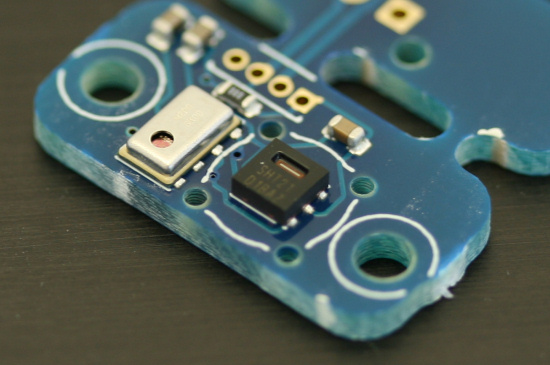 The SHT21 sensor on the Yocto-Meteo


The Yocto-Thermocouple is a module to which you can connect (almost) any Thermocouple probe. We sell it with two small type K thermocouple supple wires, but you can connect to this module other thermocouple wires that you can find, for example, on the www.tcdirect.com web site. Compared to the two preceding sensors, this one is therefore particularly adapted to measuring the precise temperature of an object, distant from the USB module itself. Moreover, as the temperature is precisely measured at the end of the thermocouple (at the soldering point between the two metallic alloys of the thermocouple), the measure thermal inertia is extremely low which provides the sensor with a very low response time. You can even immerse the end of the thermocouple into a liquid, meat, or even into melting metal. The price to pay for this flexibility is a lower accuracy compared to the preceding sensors. 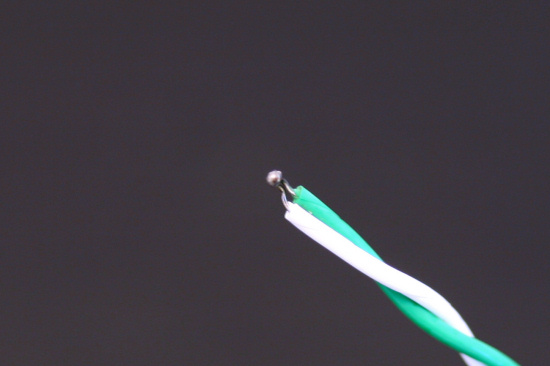 Do not confuse a sensor resolution with its accuracy. When we speak about accuracy, we mean the true correspondence between the returned value and the physical value. Are involved not only the measure principle, but also the component calibration made by the vendor, and all the external perturbations potentially caused by an inappropriate integration of the component on the circuit. For example, if you find a USB temperature sensor advertising a 0,1°C accuracy, it is most likely its resolution and not its true accuracy. There are only a few measuring instruments using SPRT with four wires which can provide measures with such an accuracy. We are, by the way, thinking about a new module of this type ...

The typical accuracy of the Yocto-Temperature and of the Yocto-Meteo is similar, on the order of 0.3°C. We speak of typical accuracy, and not of guaranteed accuracy, because accuracy varies according to the measure range and according to external conditions. For more information on the guaranteed accuracy, read about the sensor characteristics, available in the links provided at the beginning of the article. On the other hand, a thermocouple has a lower accuracy: of the order of 1°C. This is due to the physical principle of thermocouple measurement, and it's the price to pay for the flexibility of this type of measures. However, the thermocouple has a resolution similar to the other sensors.

For some applications, a good resolution (or sensitivity) can be enough, if it's simply the variations which are important rather than the absolute value of the measure. All our temperature sensor use a 1/16°C resolution. Below this resolution, we would find mostly noise.

There is also often a confusion between the time needed for a temperature sensor to adapt the measured temperature to a new condition and the number of measures performed per second by the sensor. The determining factor is response time (the inverse of thermal inertia). The response time champion is naturally the thin thermocouple, with a very low inertia. It can therefore measure changes of tens of degrees in less than a second. Other sensors detect temperature variations in the second when it happens, but may need more than 30 seconds to precisely stabilize themselves on the new temperature.

Response time and sampling rate are obviously linked. There is no need to ask 30 times per second to an SHT21 sensor the temperature it is measuring, as in any case we know that the evolution of the measured temperature is slow. Requesting information too often from a temperature sensor produces only a parasitic electrical heating biasing the measures. Therefore, we keep the sampling rates low for some sensors.

Sometimes, we want to take a measure away from the USB module, for example outside, or even in a more hostile environment. The technique varies depending on the type of module you are using.

With the Yocto-Temperature and the Yocto-Meteo, you can separate the circuit at the planned location, solder a 4-wire ribbon cable between the two parts (or even use Picoflex plugs and sockets for more flexibility). This allows you to move the sensor up to 25 meters away in general (maybe more, but we haven't tried). If your environment is very charged with electromagnetic emissions (close to a high voltage line, or to a source of electric arcs) you may have to do with less, or use an shielded cable. 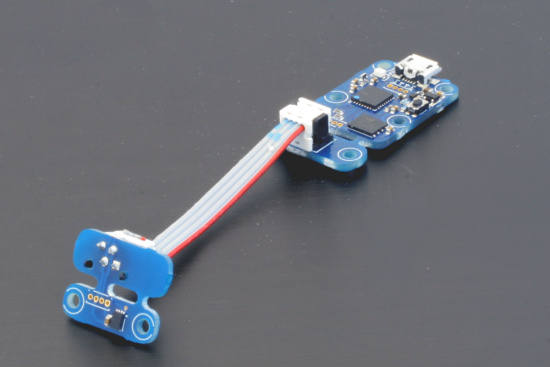 The sensor part can be moved a few meters away

Summary
To conclude, here is a short table summarizing the differences mentioned above:


Since this article was written, we have added another sensor: the Yocto-PT100.
See http://www.yoctopuce.com/EN/article/new-product-the-yocto-pt100