Following an epic tadpole story that did not turn out as planned, four goldfish came into my house with their aquarium. The aquarium was second hand, so the lighting was no longer in working order. No worries, we will repair it in the Yoctopuce way...

Removing the lid of the aquarium, a prehistoric lighting system is found: 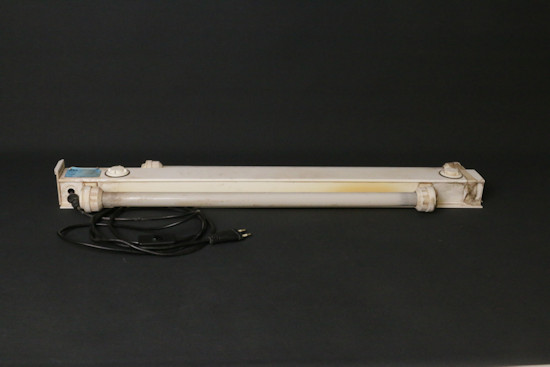 
Given that this lighting only sits lightly on the edges of the aquarium and tends to dive every time you try to move it, it is a miracle if it has not killed anyone: it is powered directly by the mains, and even if it was designed to be waterproof once upon a time, this is clearly not anymore the case. So there is no question of simply replacing the neon tubes...

The best thing we have in our drawers to make good lighting of this type is a Yocto-Color-V2. It makes it very easy to control a set of RGB LEDs such as found for example at Adafruit. We have decided to reuse some LED sticks that we had assembled for a previous project, and encapsulate them between acrylic glass plates with epoxy resin to produce something pretty much waterproof: 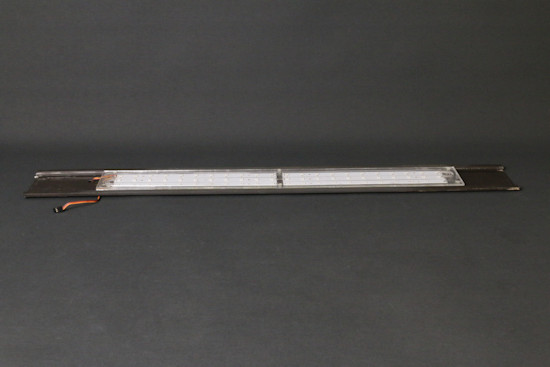 
Clearly, the result is much less cumbersome than the original, and especially much less dangerous!

To control these LEDs, we use a Yocto-Color-V2 that is mounted directly on a YoctoHub-Wireless-n using board-to-board connectors (Board2Board-127) and the corresponding spacers (Fix-2.5mm). The hub itself is mounted on small magnetic legs, which are very convenient for this type of application: 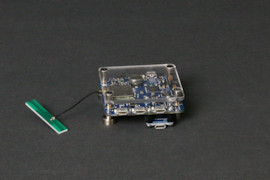 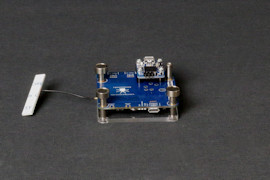 
As we have taken care to insert magnetic discs into our acrylic glass/LEDs sandwich, the magnetic legs make it possible to hold the hub as if by magic on the top of the central plate of the aquarium: 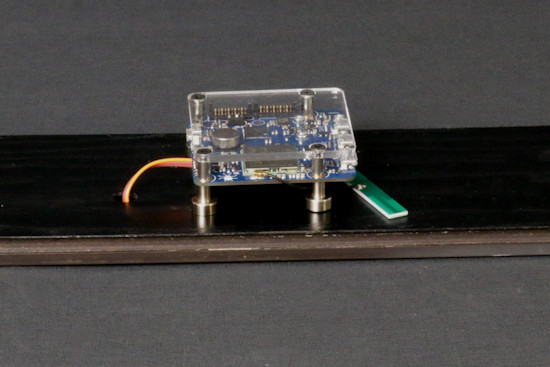 For the software that drives the LEDs, the first necessity was to be able to automatically switch between three modes: everything turned off for the night, a "sunny day" mode and a "night life" mode that allows you to see the fish at times when you do not want to illuminate everything. To make it as simple as possible, we simply took over the software written six years ago to drive the connected night light which allows you to drive RGB LEDs connected to YoctoHub and switch between three lighting modes, by HTTP callback. That's good, the aquarium is in the same room, and the night light is no longer relevant :-)

The result is perfectly satisfactory. In "sunny day" mode, the LEDs are about mid-power, with a slightly warmer hue than clear white. The total power consumption is about 1W, which is much less than the original and less than many systems available on the market. 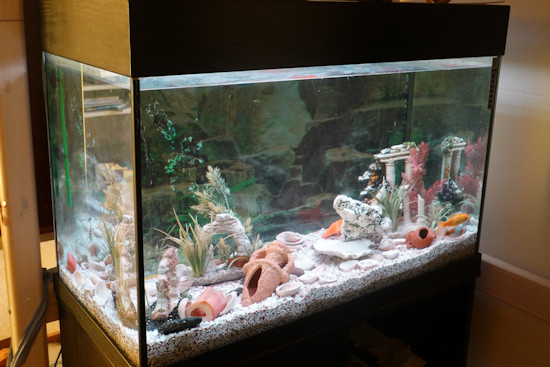 The result is very satisfactory


In "night life" mode, we only put a little blue light. Consumption is twice as low: 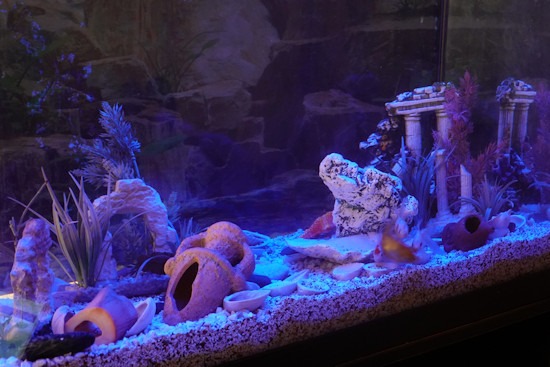 To conclude, we have to admit that we did not dwell on the effect of selective wavelengths of RGB LEDs on the growth of aquatic plants, since they are made of plastic. There is little chance that they will notice the difference :-)