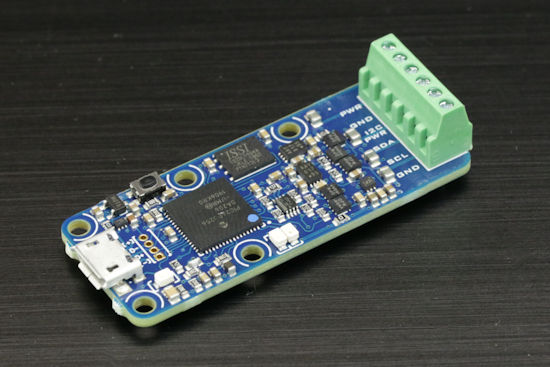 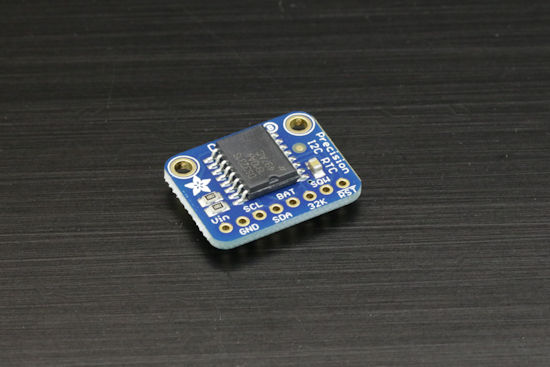 The LidarLight V3, commercialized by Garmin, is a small laser telemeter which can measure distances up to 40 meters. On top of an analog interface, it has an I2C interface. 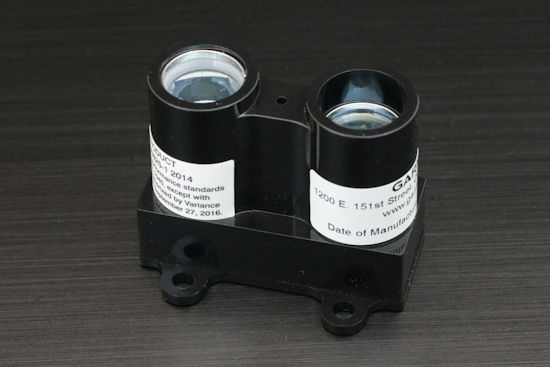 
Officially, the LidarLight V3 works in 5V, but as long as the wires are not too long, it works very well if you power it with 5V while you use 3.3V for the I2C bus. 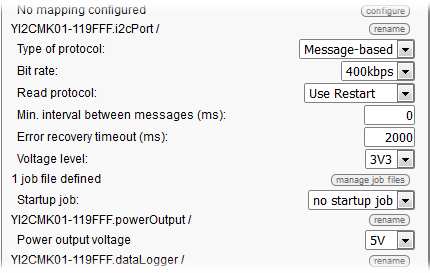 Configuration of the I2C port for the LidarLight V3


The I2C address of the LidarLight V3 is 0x62. To obtain a measure, one must write 0x04 in register 0x00, wait for bit 0 of register 0x01 to go to zero, then read the distance in cm, coded over two bytes in register 0x8f. You can easily take advantage of the job system of the Yocto-I2C to read the value of the sensor and to map it for example on Generic Sensor 1 of the module. You can do so with a job made of three tasks: 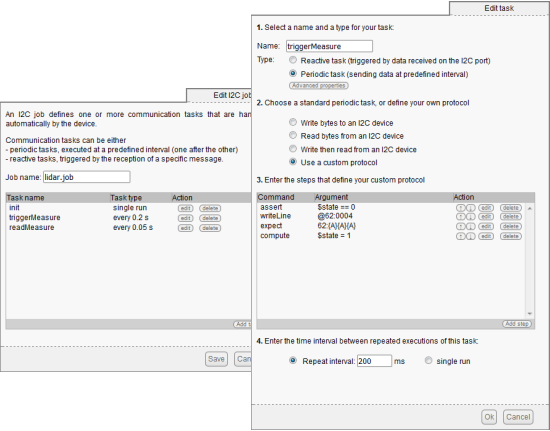 Job definition to read the LidarLight 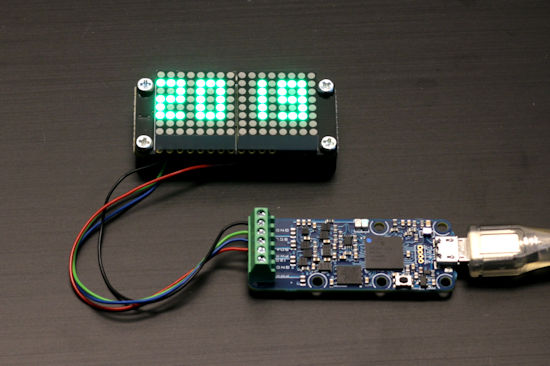 The Adafruit display and the LidarLight on the same I2C bus


The idea is simply to read the LidarLight's values that the Yocto-I2C has mapped on genericSensor1 and to display them: