By martinm, in Internet of Things and Measures, october 24,2013.

Do you recall the solar box? Actually, it has never worked well enough to be useful. Here at Yoctopuce, it has been renamed the NULL box. Ruthless, but not so far from reality. But this week, we have a new version of that experiment. This time, it is much easier to make it work because we now have hardware designed with that kind of application in mind.


We use one of those USB solar chargers that you can find in shops, to power a YoctoHub Wireless and a Yoctopuce sensor connected to the Hub. In our case, we use a Yocto-Meteo. 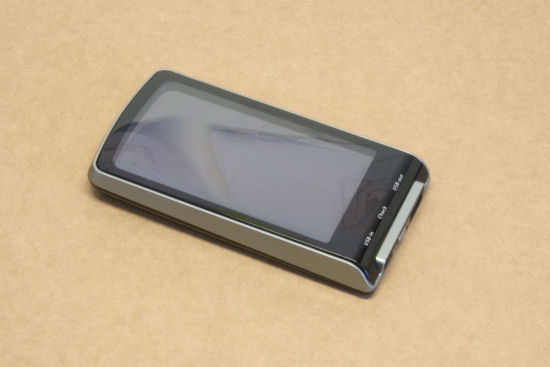 We use a solar USB charger, here an A-Solar AM112


The charger has a 2500mAh capacity. A YoctoHub-Wireless and a Yocto-Meteo together draw proximately 140mA, so they can stay up almost 18h continuously. This is obviously not long enough, but there is a trick. The YoctoHub-Wireless has a neat feature: it can put the whole installation in sleep mode, and wake it up from time to time, just long enough to collect weather data. This brings down the average consumption to a minimum: when the YoctoHub-Wireless is in sleep mode, its consumption is less the 15µA, and connected devices are not powered at all.

To make this work, we only need to connect the Yocto-Meteo to the YoctoHub-Wireless, connect the hub to the charger and put all this in a nice little box. And here it is: a neat autonomous solar weather station. 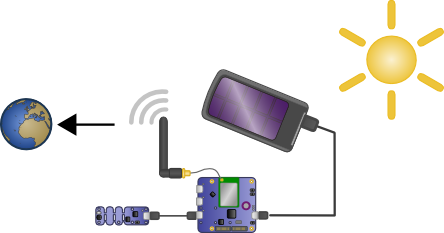 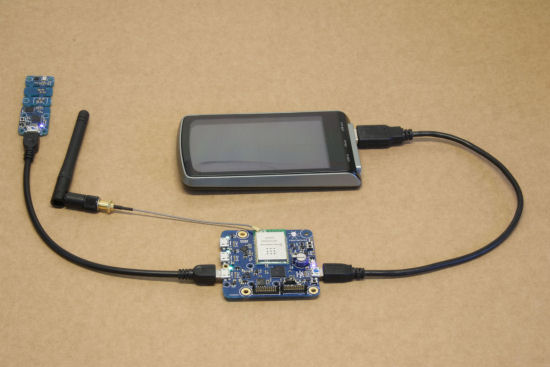 the same, for real.


There is only one caveat: the solar charger becomes quite hot as soon as it is exposed to the sun. Hot enough for the sensor to report 10 extra degrees. We have solved the issue using two boxes, a small one for the Yocto-Meteo sensor and a big one for the other devices. 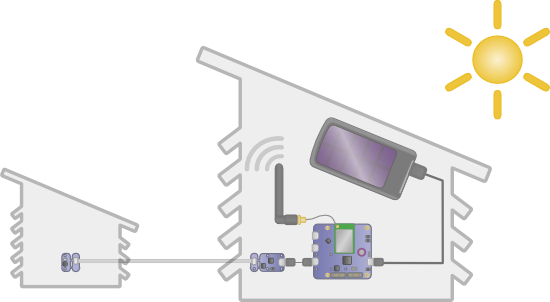 Both boxes are made of white laser cut acrylic glass but you can use whatever material you want, such as 3mm plywood, and paint it white. Make sure the electronic boards are installed vertically. In this way humidity won't stack up on them. We have placed the electronic boards in the boxes without any protection against humidity, because we want to know how long they will last in such harsh condition. But for a normal application, you should tropicalize the boards if you want them to last longer.

If have access to a laser cutting machine, cut files are available here. Otherwise, V-Alarm presents a quite interesting alternative technique to build similar boxes. 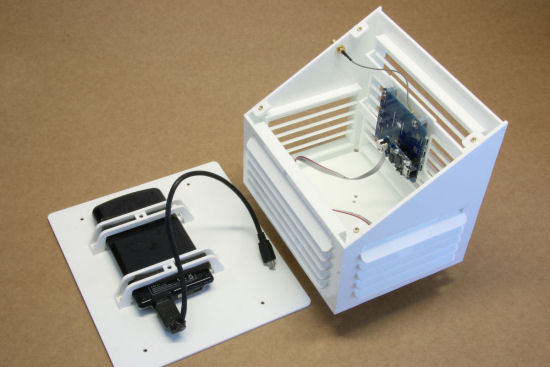 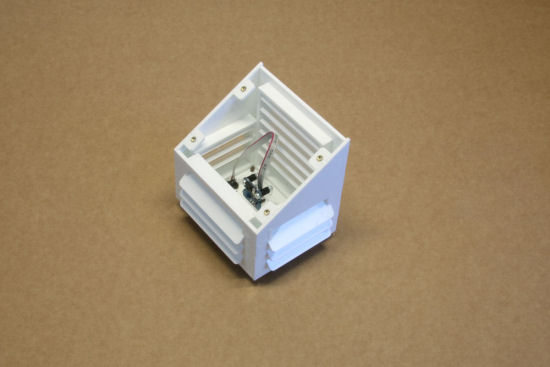 The small box, with the sensor, notice the filter cap

The YoctoHub-Wireless has been configured to post sensor values on Xyvely. 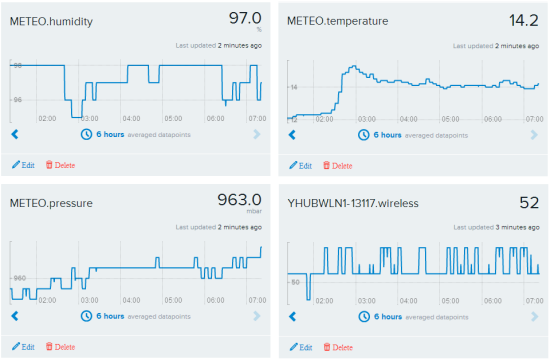 the YoctoHub-Wireless is configured to post data on Xively

We have configured it to make sure it wakes up every 5 minutes and goes back to sleep 25 seconds later. This gives enough time to start-up, connect to a wifi network, and post data. 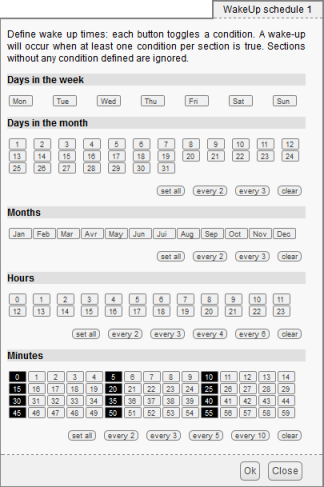 The YoctoHub-Wireless will wake up every 5 minutes, and will stay awake 25 seconds only 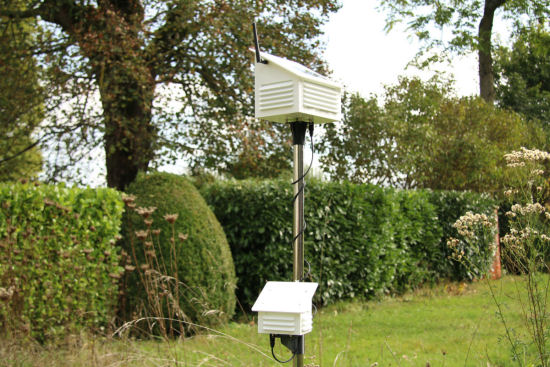 Our new weather station, living its own life


Et voila! So now we have an autonomous weather station able to post weather data on Internet. The most difficult part was designing and building the boxes. Next week, we'll show you how to display weather data on a Yocto-Display without having to keep a PC switched on at home.

Looks like A-solar is now selling a new version of their AM112 charger with a new feature. The charger will completely shut down when no significant consumption is detected for some time. This is very useful when charging a smart-phone, but it makes it useless for our application. The new version is easy to recognize: the solar cell have 4 zones instead of 10.

We tested the ATON L and the ATON XL-20 kits from www.swisssolarcharger.com they work pretty well. But avoid kits based on the XL-41 Powertank: the XL-41 charger have that auto-shutdown feature.