One may think that USB cables are quite equivalent. Why spend tens of dollars on a so-called "top quality" cable while cheap cables are available from Internet. Well, that's a good question. 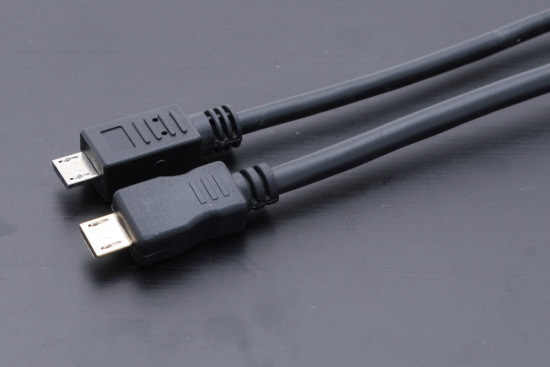 Before answering, we have to talk about two fundamental laws used in electricity, you probably heard about them back at school, but a little refresher wouldn't hurt.

The Ohm's law states that the potential difference (in volts) across a an electric conductor is equal to its internal resistance (in ohms) times the current (in amperes) going through it. This law is known as V = R . I.

Voltage across series connected conductors should be added

Well these two laws have consequence on USB cables. Back at school you were told that cables resistance was zero. Well you've been lied to :-) Most of the time electric cables have a negligible resistance, but it's never zero.

That's why an USB device plugged at one end of an USB cable acts as it was between two small resistors: one for the VCC wire and one for the GND one (thoses a the red and black power wires). Some of the energy will be dissipated in the wires.

Wires in the USB cable act as resistors, this changes the voltage at the device end of the cable

Therefore it's quite easy to easy to understand why the cable resistance shouldn't be too high, especially when the device draws a lot of current.

Enough theory. Lets go for some practical tests. We measured the total resistance ( negative and positive wire) of some usb cable on the market. So we can decide if USB cables are equivalent or not.

At first sigh the highest resistance is 5 times the lowest. It's quite easy to compute the voltage drop according to the device current draw. The table below shows the voltage on the device's end of the cable in the worst case (4.65 v on the host end).

Actually in real life, an USB device disconnect itself from the USB bus before the 4.4v volt threshold is reached. This does not mean the device ceases to work: it is just disconnected from the bus, it might still working on its own. If the voltage raises again, it will probably reconnect itself. 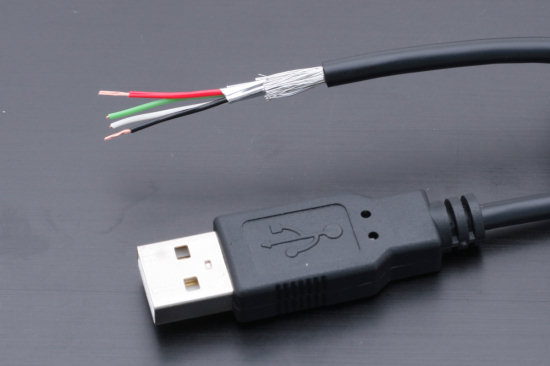 USB wires are so thin they cannot give a lot of power.

So the conclusion is: the wires inside an USB cable are terribly thin. the thinner/longer they are, the higher their resistance is. That's why they cannot deliver a lot of power. As a general rule, if your USB device need less than 200mA, you're probably safe. Otherwise you need to chose your cables carefully. No cable manufacturer will provide their cable resistance, but you can use the following rule: keep your cables as short as possible, and stay away from thin cables.

What a clear, concise, well strutured page, a breath of fresh air compared to most of the rabid nonsense on the net.
Just one thing, when charging with a USB cable other resistances contribute to the voltage drop. These include the source resistance and the contact resistance.
Regards spec31