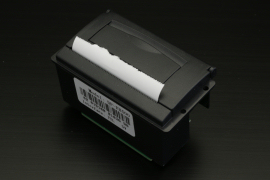 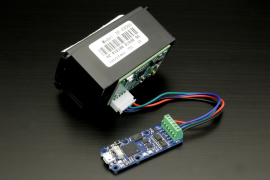 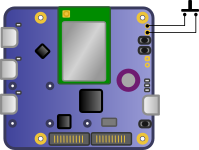 We wanted an intuitive and minimal user interface: there was no way we would accept to have one button to turn the cube on and a second one to print the fact. However, from the Yoctopuce API standpoint, it's impossible to always know the state of the contact used to wake the hub up. Therefore, we can't use it to know if the user pushes the cube's button again when the hub is awake. That's why we also need a Yocto-Knob to monitor the button state. And it's here that lies the true subtlety of this project: we would logically need a bipolar push button (DPST) to activate at the same time the hub wake up contact and a Yocto-Knob input. Here is the catch, it seems that it's very hard to find this type of button. We didn't manage to find one in the imparted delay to finish this project. Therefore, we rather used a uni-polar push button but which is also used as a commutator (SPDT). As the Yocto-Knob is not an isolated module, it shares the same ground as the YoctoHub-Wireless-SR. We only need to alternately put to the ground the hub wake up contact and the Yocto-Knob input. 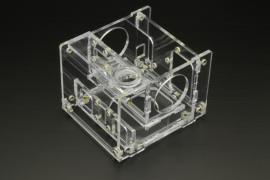 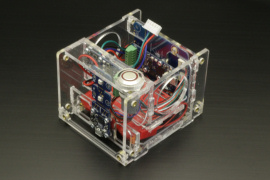 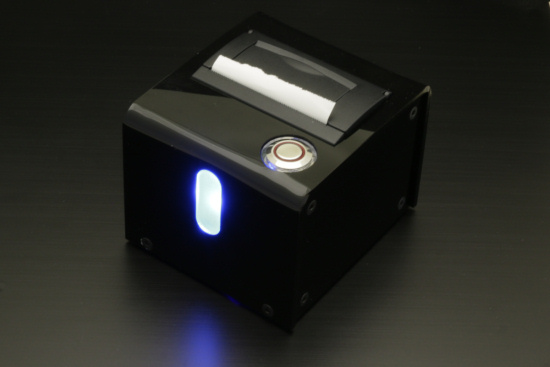 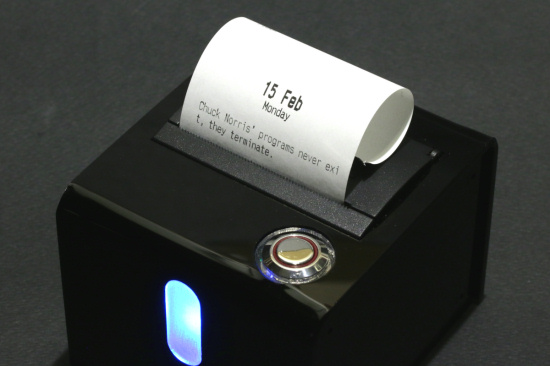